“Your body isn’t who you are, you shed it like a snake sheds its skins, we transfer the human consciousness between bodies to live an eternal life.”

This beautiful cyberpunk series (based on Richard K Morgan’s novel) blasts us 300 years into the future with real style and grace. Caught off guard by something planned only for background noise on a weekend, I was initially interested, distracted, then transfixed, until a casual stream became a 10-hour binge where I couldn’t stop watching. It plays so beautifully, with almost a fluid style that some series lose with the abrupt start-stop and “previously on…” catch up tags that this seems more like an extended film than a series. This is a true mixing pot of adult drama, sex, violence, action and assertive story. It has a feel of Blade Runner and Total recall about it blended with an injection of Anime. With copious amounts of nudity and violence just a note, if you are looking for something for general viewing had better look elsewhere as this is the equivalent of an 18 rated film so you have been warned. 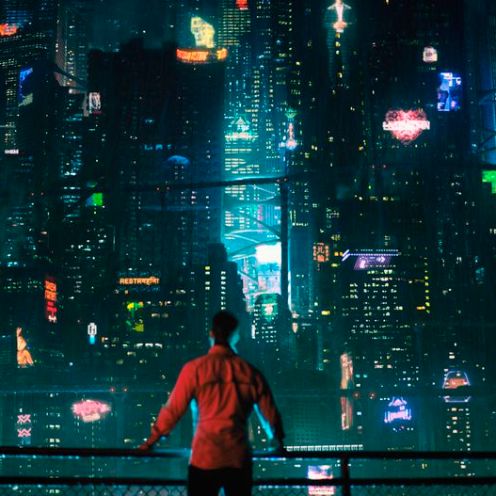 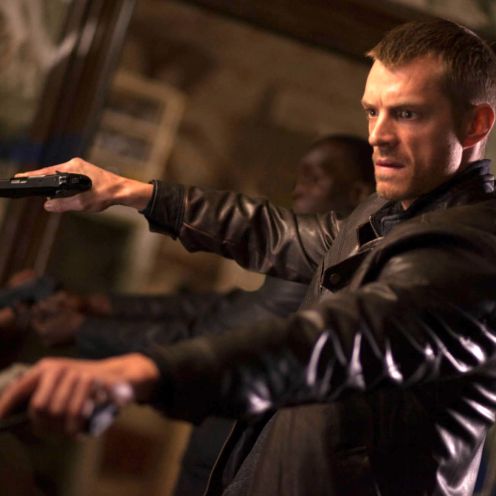 Altered Carbon takes place in a world where technology has propelled society to dizzy new heights where humans can live forever; the mind and body are separated where the consciousness is digitized and transferable between “sleeves” (bodies) making bodies disposable, upgradeable and interchangeable. The human consciousness is now contained in a disk implanted at the base of the neck to be swapped about into different sleeves upon death for the right price. In this era for the right price, you can have the perfect body with added abilities and upgraded parts, leaving the poor, who aren’t ready to die yet, to take what is left with what they can afford. “Meths”, the richest of the rich are named so because they have lived the longest amount of time as they can afford to continuously replace themselves.

Takeshi Kovacs (Joel Kinnaman) a criminal wanted for his involvement with revolutionaries against the government, wakes up 250 years after his death into a new body, a disgraced police officer, on the proviso he works with a “Meth” Laurens Bancroft, the richest man in the world (James Purefoy) to solve the mystery of who murdered Laurens Bancroft.

Confused yet? Don’t worry it will all make sense, just keep watching.

Even though there is a lot of sexuality in this series the female characters are hardly seen as wilting wallflowers as they clearly hold their own against the male actors. Including Police officer, Kristin Ortega (Martha Higareda) who poses as both an integral figure and a force to be reckoned with that could be either the foundation or the destruction of Kovacs with a link to his “sleeves” past. 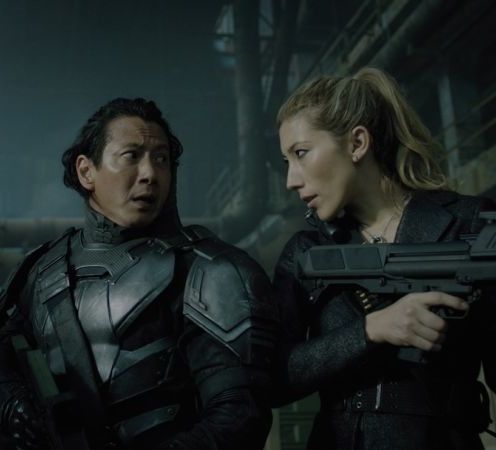 The rather witty character of the entity that runs “The Raven Hotel”  (Chris Conner) “Poe” becomes a cyber side-kick and defender to Kovacs, with a sarcastic and warming humor only an in-human can.

Set over 10 episodes this series could easily be only a droplet into a pool of storylines and additional series that could span from this.

The complete First Series now streaming on Netflix and with whispers of a second Series in the works, I think we’re on to a winner.